By the time the One And All campaign closed on June 30, the most ambitious fundraising effort in Drew’s history had exceeded its $80 million goal. The final tally—$85.4 million—is proof enough of the campaign’s success. But equally impressive is the number of unique donors—14,001 to be exact—whose generous contributions will benefit students and faculty in all three schools for generations to come.

About those numbers: Thanks to One And All, Drew created 38 scholarships, 16 student research fellowships, 12 internship funds, three faculty fellowships and one junior professorship. More than $8 million was raised for the long-overdue renovation of the University Center, including a lead gift of $3 million, the largest commitment by a College of Liberal Arts graduate in Drew’s history.

In addition, during the campaign Drew received $12.6 million in federal and state government grants, including $7.8 million from the State of New Jersey to help finance the renovation and expansion of the Hall of Sciences. These numbers bring the total received in public and private support to $98 million.

We’ve devoted this issue of Drew Magazine to the lasting achievements of the One And All campaign.

More from the Winter 2017 issue

The Forest flourishes—once again—because of the many trees you have planted.

With gratitude, Drew acknowledges the 14,001 individuals who made One And All possible.

An Insiders Guide to What's Happening on Campus.

The Numbers Add Up

A smart investment made by a Drew professor 30 years ago will serve generations to come.

A Fellowship of Scholars

A demanding honors program, created by descendants of the Baldwin Brothers, has prepared top Drew students.

Contributions from the One And All campaign temper the national trend of rising seminary student debt.

Dorothea Beane C’74 honored the university’s commitment to a diverse student body with a $150,000 gift.

View Back Issues of Drew Magazine.

All alumni, parents and friends of the University receive a free subscription to Drew Magazine, which features news from campus, stories about students, faculty and alumni and Classnotes. 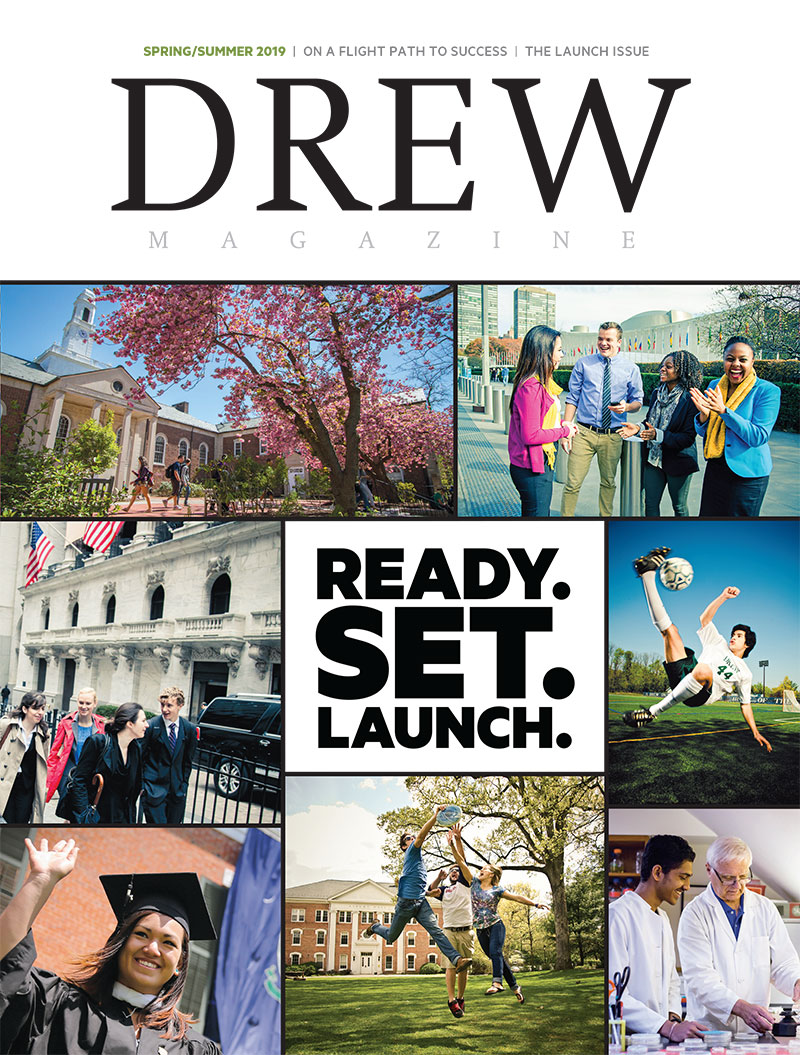 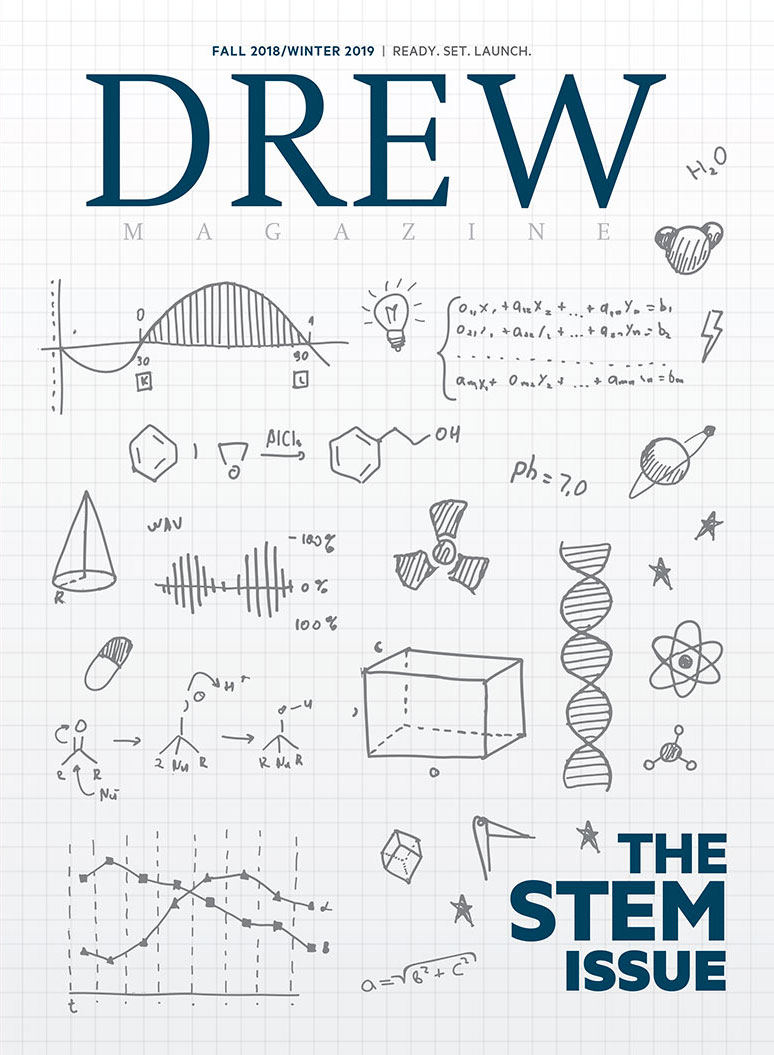 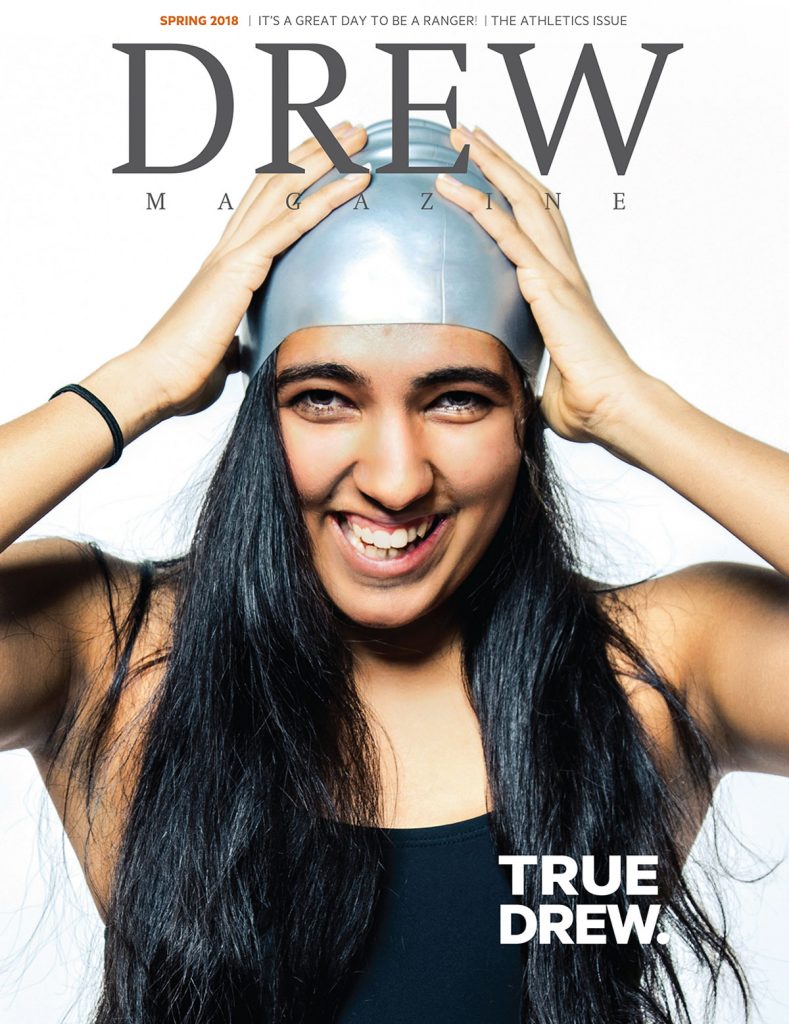 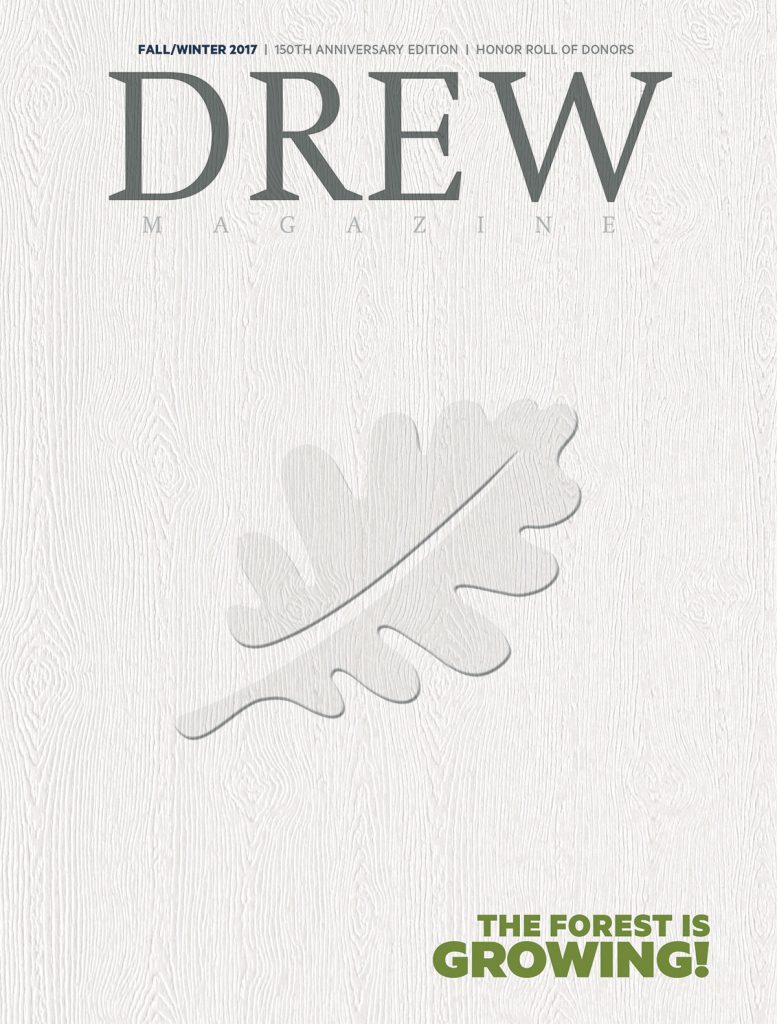 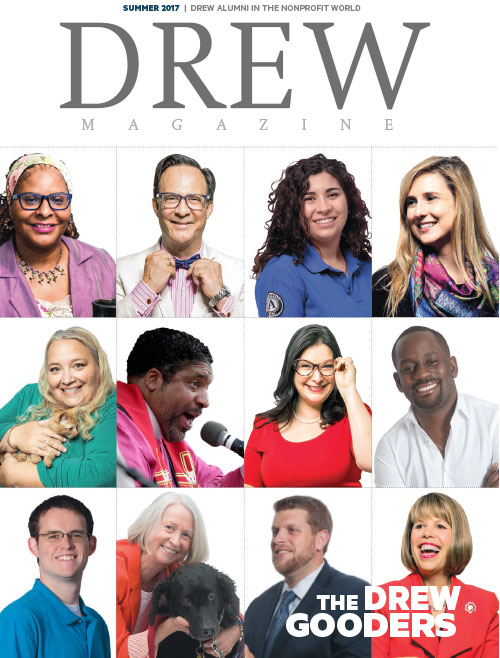 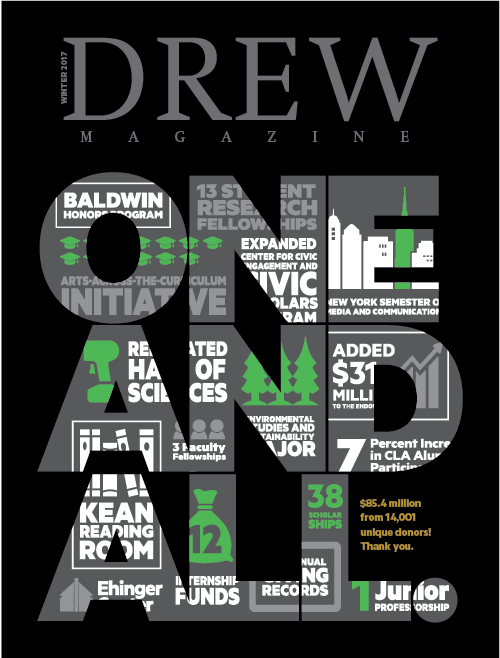 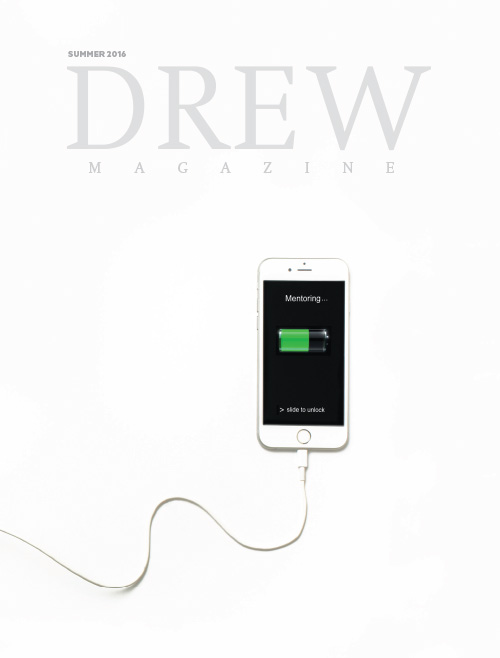 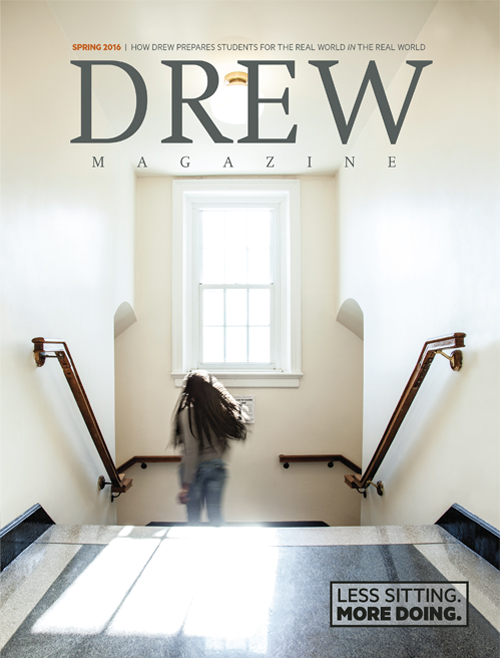