Hand-written or stitched on the quilts were hundreds of powerful messages from those who’ve been assaulted, including “Speak out, be strong,” “Never a victim, forever a fighter” and “Yo te creo”—Spanish for “I believe you.” Yet it was just a fraction of the full Monument Quilt, which is about to be displayed at the National Mall in Washington, D.C.

Curated by a nonprofit called FORCE: Upsetting Rape Culture, the quilt was the centerpiece of a Drew day of reflection on sexual violence, which included remarks from college administrators, student leaders, survivors and their advocates. In addition, Robert Conley, mayor of Drew’s hometown of Madison, N.J., proclaimed it Sexual Assault Awareness Day.

Survivor Samantha Savidge urged others to “speak up, find the courage, fight back and be your own advocate.” She added, “I never hid from my reality—I faced it. It’s important. Don’t let sexual assault be such a taboo.”

The advocates included Cassie Allen and Katie Sparks, co-presidents of Drew’s Title IX Student Advisory Board, who were introduced by Frank Merckx, the vice president of campus life and student affairs and Title IX coordinator.

Sparks noted that “change happens with a single person” and Allen said that “there is still so much to do. We can and will accomplish it together.”

FORCE Co-Founder Hannah Brancato explained the impetus for the quilt.

Brancato brought the quilt to Drew in part because she’s connected to the school through her sister, Emmy, who was an undergraduate in the early 2000s. In the summer before her senior year, Emmy died in a car accident and her family subsequently established a scholarship in her name. Also, as a form of healing and remembrance, Brancato’s mother made quilts of Emmy’s clothes for her family—something that helped inspire Hannah.

Behind the speaker platform were the rows of quilts, which at once illustrated the scale of the sexual violence problem and sparked memories of the AIDS Memorial Quilt, which also was displayed at Drew, in 1995. Provost Debra Liebowitz mentioned both in her remarks.

“Making the voices of survivors heard is critical to changing the culture and ending the epidemic of gender-based violence,” Liebowitz said. “So, I think that a project like this that builds on legacy of the AIDS Quilt is really about trying to make those voices heard.”

Here’s a closer look at the Monument Quilt at Drew. 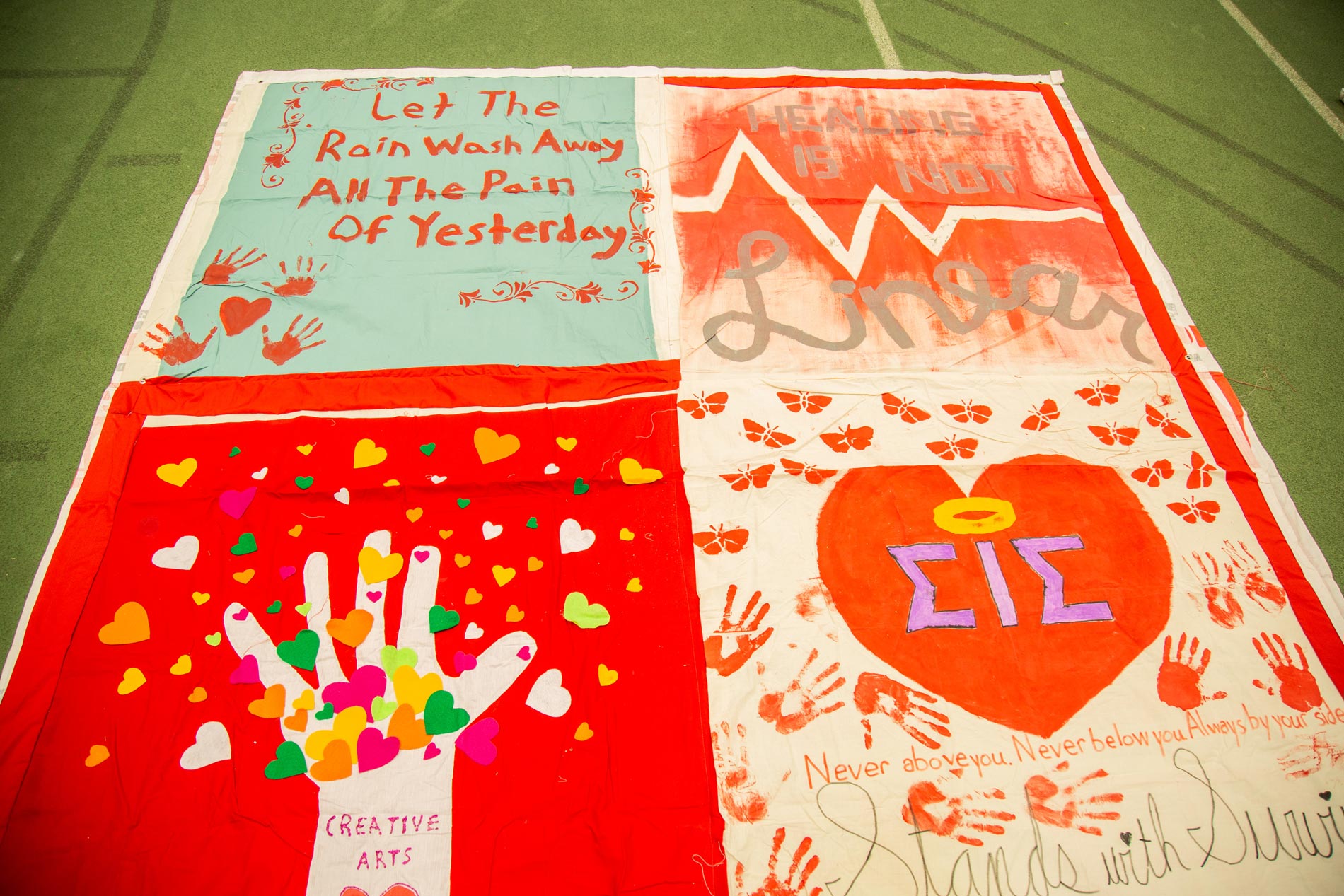 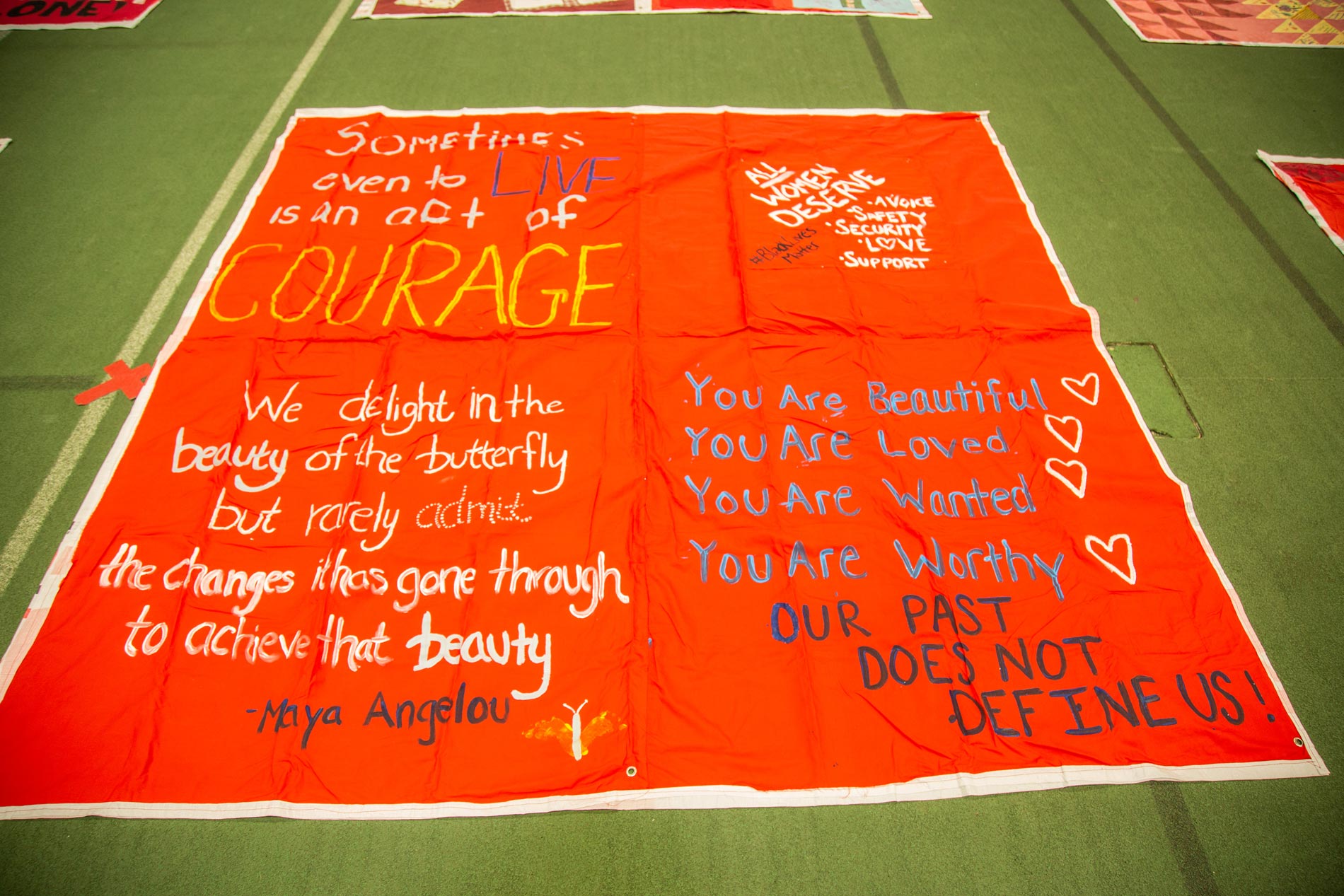 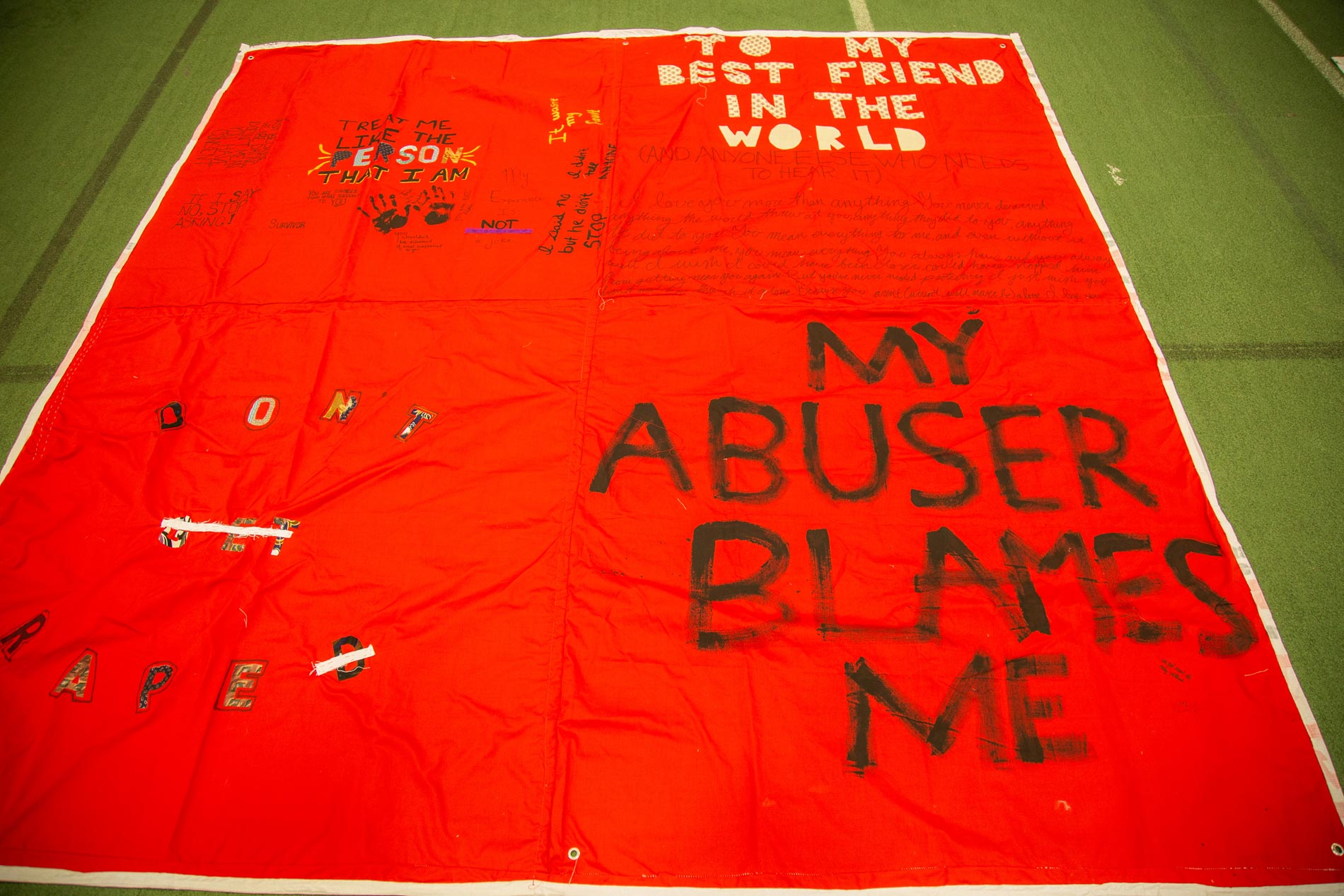 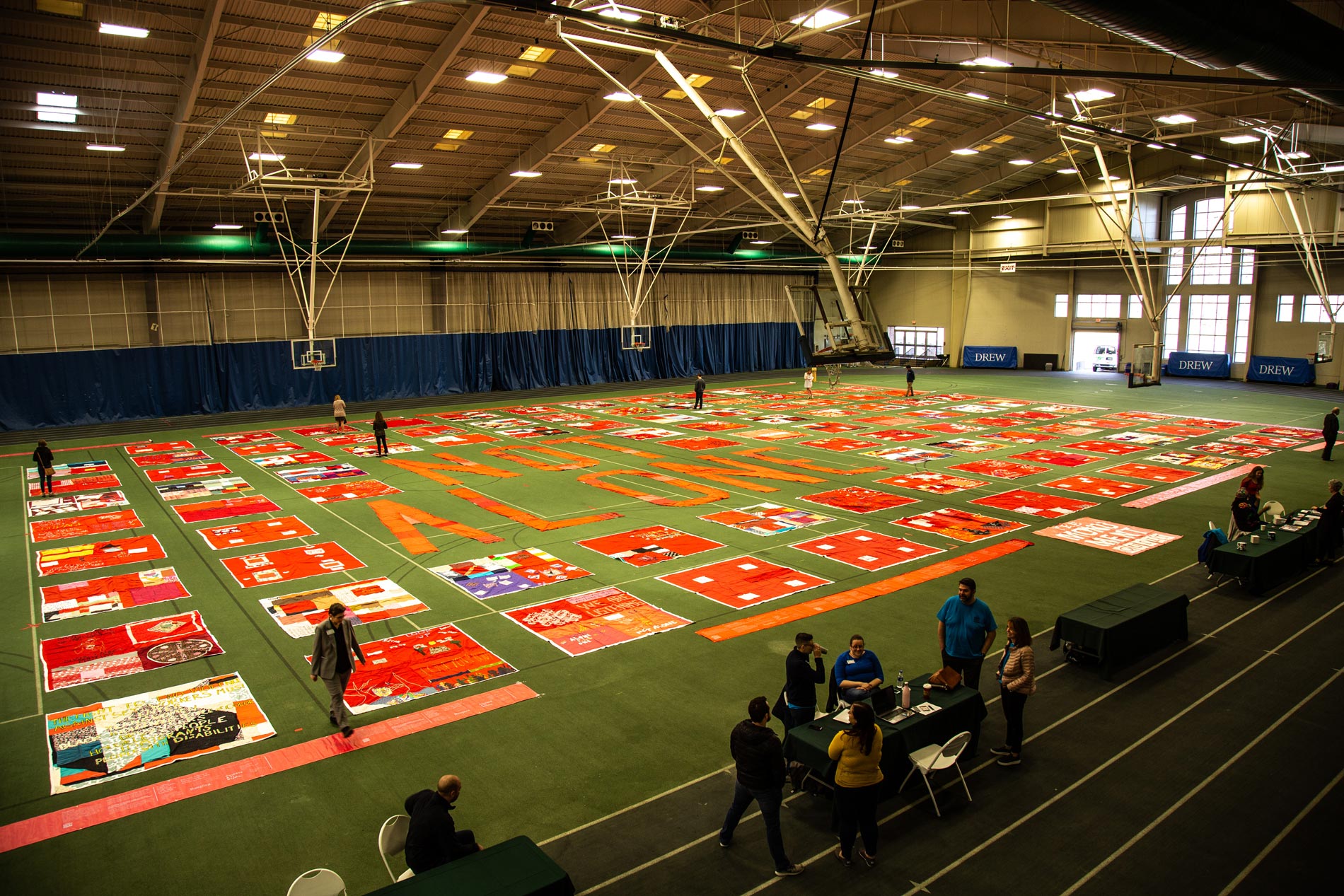 More from the spring/summer 2019 issue

Make a meaningful contribution to a promising Drew student while adding to the world’s good.

Full speed ahead! Our new flight path for student success lifts off this fall.

A public monument giving voice to the survivors of sexual violence stops at Drew.

New Faces in The Forest

A Time of Transformation

Theo School continues to strengthen intellectual engagement and spiritual creativity through a transformation of the curriculum.

Alums are a critical part of Drew’s powerful community.